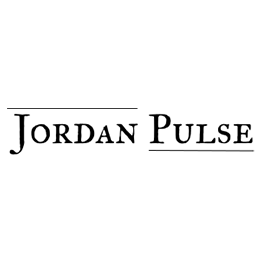 
The "red wave" did not deluge US state and federal legislatures with Republicans in last week's mid-term election. Some commentators spoke of a "red ripple", but even that turned into a trickle when "blue" Democrats swept into the Senate and prevented a "red" flood from engulfing the House of Representatives and state legislatures and governorships. This was the first mid-term elections since 2002 that the ruling party did not lose both houses of parliament.

Since it is expected the Republicans prevail in the House of Representatives, the party could have the slimmest majority since the 72nd Congress in 1931, when 218 Republicans, 216 Democrats and one Farmer-Labour Party representative made up the House.

It is ironic that Republicans should adopt red at their colour while blue was chosen by Democrats. It is ironic because during the 1950's, the Republicans mounted a devastating campaign against progressives, warning of "reds under the bed:" secret Communists bent on influencing or overthrowing the US democratic system of governance. It is ironic these days because it is extremist red Republicans who have tried to undermine US democracy by insisting elections are fraudulent when they do not win and mounting armed attacks on both the national Capitol in Washington and state capital buildings across the country in the wake of Democrat Joe Biden's election in 2020.

It is ironic also that Biden, whose approval rating is 42-44 per cent, did not stem the red tide. This was left to voters who resented Republican disrespect for democracy, denial of climate change, support for restrictions on reproduction, opposition to gun control and loyalty to erratic and inglorious Donald Trump who is facing a collection of court cases.

Many voters who prevented the red inundation belong to "Generation Z", or "Gen Z", who were born between the late 1990s and the early 2010s. The Washington Post says that Gen Z voters "boosted candidates in tight mid-term races who acknowledged their potential and promised to tackle what they care about”, according to youth activist organisations. One in eight voters were under 30 years of age "and more than half supported Democratic candidates". These youngsters, who have been traumatised by school shootings and the excesses of Trumpism, were more motivated by issues than by parties or personalities, which in my view is a healthy approach which should be adopted by their seniors.

The Post mentioned Maxwell Alejandro Frost, 25, "who made history in Florida", the state swept by a red wave, who "is one of the youngest people ever elected to Congress and its first Gen Z member". An activist at an early age, he "campaigned on ending gun violence and pushing for climate reform”.

Women, who count for more than half of voters, also got out to vote because of the threats posed in the country and some states on reproductive rights. While younger women resent governmental interference in their right to choose, older women did not want their daughters and granddaughters to face dangerous illegal terminations of unwanted pregnancies or being forced to bring up a child before they are ready for parenthood or while they already have enough children.

Polls showed that a total of 63 per cent of young voters chose Democrats, whereas only 35 per cent backed Republicans. Seventy per cent of youths said they are more likely to support a candidate for Congress who is “addressing climate change” than one who denies global warming. They apparently approve of the policies adopted by Democrats although only 44 per cent like Biden.

To make matters worse for Republicans, the results from key states were slow in coming, forcing them to speculate if and when they could appoint a leadership and membership for committees. And, Republicans were held in suspension by Donald Trump who was set to announce on Tuesday 15 whether or not he intends to run for the presidency in 2024.

While some Republicans have blamed Trump for their party's losses, it is not clear whether they will change their minds anon or the party will dump him as candidate or mentor. Those who seek to free the party from Trump's grip have to brave the anger of the man himself and his noisily domineering loyalists who have set the tone of the debate within the party.

His "Make America Great Again" (MAGA) supporters have expressed outrage, disappointment and fury on social media and right-wing websites. Some accused the Republican party of allowing the Democrats to "steal another election". Some insulted both Republican losers and Democrat winners while others called for the resignation of the Republican National Committee. Conspiracy theorist Andrew Anglin, editor of a neo-Nazi website, declared, "Here's the problem: elections are fake. We are living in a hell and things are getting worse.. and all this political stuff is a mass delusion." He called for the elimination of urban voters who vote Democrat.

Democrat representative Jamie Raskin, a member of the House committee investigating the January 6, 2001, attack on the Capitol, declared, nevertheless, voters rejected extremism. They did so because the Trump extremists went too far, showed their determination to undermine the democratic process, and frightened or infuriated young, mainstream and progressive voters.