In contact with Putin, the Emir of Qatar appreciates Russia's cooperation in organizing the Arab World Cup 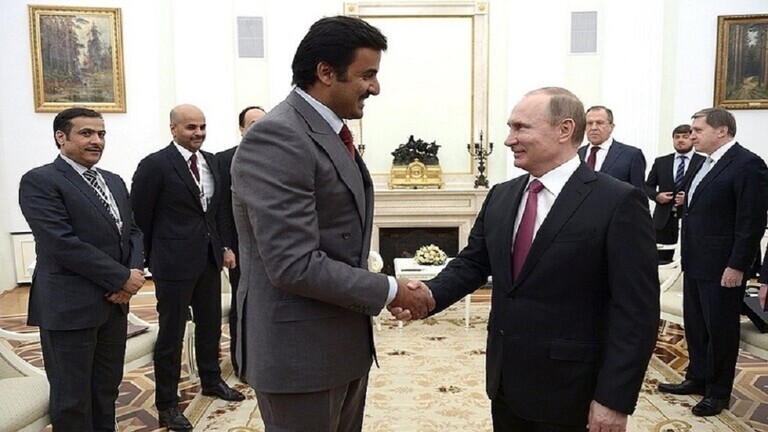 The Qatari Emiri Diwan announced that the Emir of Qatar, Tamim bin Hamad Al Thani, received a phone call from Russian President Vladimir Putin, in which he congratulated the State of Qatar on hosting the World Cup.

Qatar News Agency stated that the Qatari Emir appreciated Russia's cooperation in organizing this global event, and expressed his thanks and appreciation to the Russian President for his congratulations, and his wishes to the State of Qatar for success in hosting the tournament.

The agency added that Putin wished success to the Qatari team in the tournament, which is scheduled to start on Sunday.