FIFA lowers the flags, and England, Italy and France honor Pele before the start of their championship matches 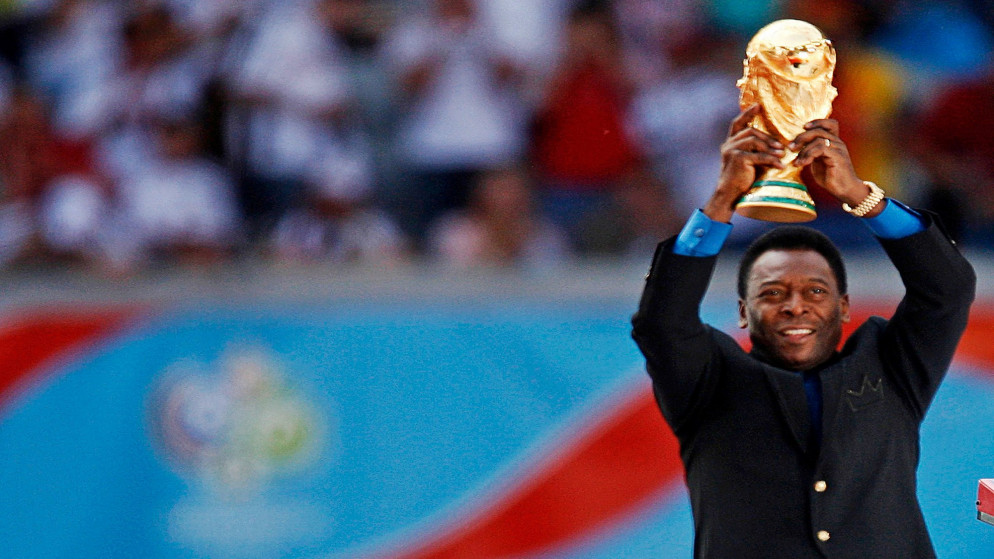 The International Federation of Football Associations (FIFA) decided to lower the flags of the countries under its banner, in mourning for the "eternal king" of Brazilian legend Pele, who died Thursday at the age of 82 due to colon cancer, according to what was announced Friday.

"The flags will be lowered at the FIFA headquarters in Zurich to the middle of the mast today in order to remember the eternal king: Pele," FIFA said on Twitter.

On a foggy winter day in northern Switzerland, the FIFA flag was lowered as well as the flags of the continental federations outside the headquarters of the Supreme Football Authority.

The flags of the 211 member associations, including the Brazilian flag, were posted at half-mast next to the football field adjacent to the FIFA headquarters building.

"Since the news was confirmed, the football world has been united. (If) in their grief, in sharing their memories and in their love for a man who simply called 'O Re' - the King," FIFA said on its official website.

Pele was chosen by FIFA as the best player of the 20th century.

"He will be with us forever."

"For everyone who loves the beautiful game, this is the day we never wanted to come. The day we lost Pele," FIFA President Gianni Infantino said in a statement Thursday.

He continued, "We all mourn the loss of the physical presence of our dear Pele, but he achieved immortality long ago, and therefore he will remain with us forever."

And in honor of the legend who remains the only player to have won the World Cup 3 times, the English and French leagues and the Italian Football Association announced on Friday that Pele would be honored with a minute of silence and applause before the start of the matches, following the example of the Spanish Federation’s initiative on Thursday.

And the English Premier League said that Pele will be honored before the opening two matches of the eighteenth stage on Friday evening, between Liverpool and Leicester City, West Ham United and Brentford.

She added that the players and referees will wear black armbands, and there will be a minute of applause before the start of the two matches.

And she continued, the honor will be renewed in all stage matches on Saturday and Sunday.

A picture of Pele will be shown on stadium screens.

The press office of the League told Agence France-Presse that the photo will be in black and white, which was taken of him with the Santos club, in which he smiles and wears a necklace with a cross.

This photo was taken before the semi-final match of the Paris tournament against Racing Club de France at the Parc des Princes on June 13, 1961.

For its part, the Italian Federation announced that a minute of silence will be observed in the Italian stadiums during the next stage of the league.

"On the occasion of all the friendly matches scheduled for today, Friday, and the matches of the sixteenth stage of the first division, which will be held on Wednesday, January 4, the federation calls for a minute of silence in memory of Pele," he said in a statement.

For its part, the French League announced that the matches of the seventeenth stage for the first and second divisions, starting from Friday evening, will witness the devotion of a minute of applause to the legend Pele.

The association said that a picture of Pele with the World Cup, which Brazil finally won in 1970 (the third title in its history at the time), will be shown on the screens.

The Spanish League was the first to honor Pele by announcing Thursday in a statement that a minute of silence will be observed before each of the fifteenth round matches of the league from Thursday to Saturday evening.

Atletico Madrid and Elche were the first to respect this initiative, with players standing around the central circle before kick-off. The players of both teams also wore a black armband in honor of Pele.