This is what "Karim Yunus" wrote after 40 years in captivity and hours before his freedom .. ! 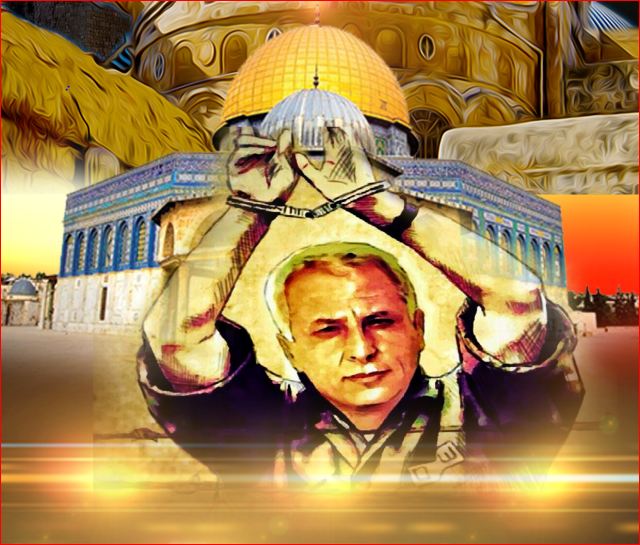 This is what the captive leader and member of the Central Committee of Fatah Karim Younes wrote hours before his release after 40 years in captivity..!

“I leave my cell, and I have always wished to leave it, snatching my freedom, accompanied by the brothers on the path, and the companions of the struggle, imagining a reception that expresses victory and a great achievement, but I find myself unwilling, trying to avoid the pain of separation, and the suffering of farewell moments to brothers I thought I would complete my life with them, and they are definitely constants My life is like mountains, and whenever the hour of my exit approaches, I feel disappointed and helpless, especially when I look into the eyes of one of them, some of whom are over three decades old.

I will leave my cell and leave, but my soul will remain with those holding onto the embers who keep the embers of the Palestinian struggle as a whole, with those who have not and will not be broken, but the years of their lives slip from under them, from above them, from before them, and from behind them, and they still aspire to see the sun of freedom when The remainder of their lives, and before their desire to live becomes faltering and declining.”

I will leave my cell, and thoughts suddenly crowd, dance on the threshold of my mind and confuse my mind, so I wonder unusually perplexed how long a prisoner can carry his corpse on his back, and continue his life while death walks with him, and how this suffering and slow death remain his destiny for an endless period, in An unknown future, a blocked horizon, lost hope, and anxiety increase from what we see and see in terms of complacency and indifference in the face of the oppression of gangs that own a state, which became brutal, and took advantage of the failure of the world, on a defenseless people, whose life is being devoured every day without them realizing that their wounds may not heal, and that There is no hope for him in a quiet and stable life, yet he remained a match and was able to continue.

“I will leave my cell, aware that our ship is being battered by international waves, from all sides, regional storms from east and west, local earthquakes, and aggressive volcanoes that are about to swallow it, as it moves away, and moves away from the shore its captain tried to anchor to more than a quarter of a century ago.” .

“I will leave my cell, stressing that we were and still are proud of our people, and our people, wherever they are in the homeland and in the diaspora, who embraced us and our cause over all those years, and were loyal to our cause and the cause of our people, which always gives us renewed hope and firm certainty in the justice of our cause.” And the sincerity of our affiliation, the feasibility and the essence of our struggle.

“I will leave my cell, raising my hat to a generation that is undoubtedly not like my generation, a generation of young men and women activists who have taken the lead in the scene in recent years, a generation that is clear that they are stronger, bolder, braver, and more deserving of receiving the banner. And those who are keen on implementing the commandments, the commandments of our dispersed and homeless people, by extracting their right to return and self-determination, so blessed is this rising generation, despite the atmosphere of rushing.

I will leave my cell, after a few days, and dread grips me with the approach of a world unlike my own, and here I am approaching a moment when I must only pass through my old wounds, and my old memories, a moment when I can smile in the face of my old image, without feeling remorse. Or by abandonment, and without having to prove the obvious that I have lived, and experienced for forty years, so that I can adapt to my new mirror, and I am returning to sing with my people everywhere the anthem of my country, the anthem of the fedayeen…..the anthem of return and liberation.